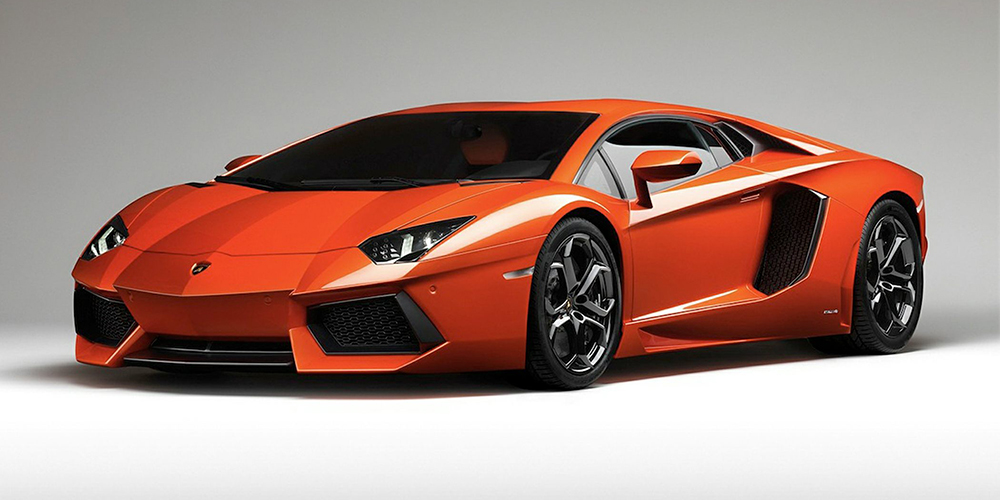 As anyone that has spent any time at all in my company will tell you, I’m a pain in the neck. I’m also pretty obsessed with art and design (naturally), cars and engineering generally.

Over the years a number of design colleagues have questioned my love of cars. It hastily gets dismissed as old school machismo, or simply a lack of taste. One creative director even went so far as to say it was “childish and unethical”, that fast car owners were “pathetic” and that “anyway, that thing you’re looking at (a Lamborghini Aventador, by the way) is disgustingly ugly”.

Clearly he was in need of medication and a padded room. However, it did make me seriously question my reasons for loving cars. What is it about them that enthrals me? It isn’t simply the act of driving – although I do love it – as I’ve been obsessed with cars since pre-school days. I also spend more time reading about them, window-shopping for them and writing about them than I do driving the things. So it must be something else.

Yesterday, I think I hit on it. As you may be aware, I had a rather visceral reaction to some hideously ugly and pointless new cars. This crystallised in my mind that, for me, cars are the perfect marriage of design, science and art. Three of my favourite things. Therefore, if any one of those aspects is compromised, the entire package is massively weakened.

DESIGN AND ART – THE QUICKEST WAY TO START AN ARGUMENT

Now, I’m really not wanting to get into the whole “what is art, what is design” debate as, firstly, it’s been done to death and, secondly, I not sure anyone cares anymore. But for the purposes of this article, it might help if I explain where I’m coming from.

On a personal level, art is self-expression through creation, with the singular intention being to express or evoke emotion. Design, on the other hand, is problem solving and communication. Design is not, ever, decoration or mere aesthetics. This is important.

HAVE YOU GOT A PAPER BAG I CAN WEAR?

Got that? Right. Now think about cars. Would you buy a car based purely on design with no thought given to aesthetics? Let’s take the Fiat Multipla as an example. It was a brilliantly designed vehicle. Hugely practical for the average family. Seating for six, a large boot, more storage areas than you could poke a stick at, fantastic visibility, a nice ride, acceptable handling (for that kind of thing) and decent engines. It ticked every box on the list of problems families faced when trying to transport adults, sprogs, a dog and all the associated paraphernalia from A to B. As far as all the reports and reviews went, it seemed to be pretty well engineered too. Certainly well enough to stand up to the rigours of being abused by sticky-fingred kids for a few years.

However, it was uglier than a rotting angler fish. It was as if it had been created purely to solve the problem of getting a family from A to B, reliably and comfortably, but with absolutely no art. Rather amazingly for an Italian firm, aesthetics appeared to be the very least of Fiat’s concerns. And so the Multipla became the butt of many a joke. Sure, Fiat gave it a facelift after a few years to try and stop the trauma that was being inflicted on unsuspecting road-users. But without compromising the practicality of the design there was very little they could do. After a few years it disappeared without trace.

Clearly then, aesthetics are vital to a car’s long-term success. But they’re certainly not the most important thing. Let’s consider a car from one of the greatest purveyors of pretty cars: Maserati. In 1990 they released the BiTurbo Shamal. It was a striking, handsome coupe, with a thunderous V8 and, for the time, plenty of go. It was the kind of car that you could just sit and look at for an hour or two. Not pretty in a conventional way like a Ferrari 250 or an E-Type, but striking, well-proportioned, compelling and unforgettable.

What was especially unforgettable was the way it rather quickly disintegrated almost as soon as it left the showroom. Reliability was, to be generous, catastrophically bad. They’re now very much the preserve of the keen enthusiast. The sort of person that has three garages full of project cars (in bits), tools you’ve never heard of before and actively enjoys fixing cars on the side of the B4532 on a thunderously wet Sunday afternoon. The Shamal was aesthetically pleasing, quite well designed but engineered to the same standards as the average box of Tic-Tacs.

Another classic case or “it’s fine, the prettiness will mask the faults” would be the Lamborghini Countach. A truly gorgeous supercar and the star of a million bedroom posters throughout the 70s and 80s. Of course, speak to anyone that has driven one and a pained look will come over their face as they remember the driving position, which required you to sit at a weird angle because the pedals were so badly offset. Chuck in Lamborghini’s, at the time, terrible reliability record (this was very much the pre-VW days) and you wound up with an achingly gorgeous car that was actually quite badly designed and about as reliable as Southern Rail.

Then we have the beautifully engineered cars that look like a sack of spuds. The classic modern example is the Mk1 Porsche Panamera. This is a brilliantly designed car. It was built to solve the problem of transporting four adults (or a typical family) and their luggage across continents, at speed and in luxury. But it still had to be enjoyable to drive (it’s a Porsche, after all). Nothing else comes close. It resolves its brief wonderfully. Naturally, being a Porsche, it’s exquisitely engineered too. In fact, there are Swiss watches that aren’t as well made as the Panamera.

You do wonder what happened with the aesthetics though. Did they think “well, the owner will be driving it, so it doesn’t matter how bad it looks on the outside”? Did the designer get his inspiration from the swollen, bloated corpse of a hippo? Did they all just lose their minds?

Whatever the reason, the Mk1 Panamera is a legendarily ugly car. This didn’t stop them selling by the bucket load. There are plenty of people for whom the Porsche badge offers a cachet that overcomes all. Even apocalyptically bad looks. Such folk are mad and desperately in need of help, but they are out there.

It wasn’t just a case of the car enthusiast community being over-reactionary either. Porsche obviously realised what a mistake they’d made, as the new one is a much, much better looking car. So all’s well that ends well. Unless you still own an old one, in which case… well it’s your own fault.

SO WHAT’S YOUR POINT?

The fact that companies with the resources, talent and history of Fiat, Maserati, Lamborghini and Porsche can get it so wrong is flabbergasting. They’re by no means the only ones, time won’t allow me to go into the horrors of the Chrysler Crossfire (reduces small children to tears), any Lancia built in the 80s (disintegrates 3.4 seconds after leaving the forecourt), the Austin Allegro (hahahahaha) or the Vauxhall Vectra (insipid to the point of lethality). But it does show how difficult it is to design and build a truly great car.

Those of us with a keen interest in art and design often put furniture designers, architects and product designers on a pedestal. But is there anything more complex to design than a car? Is there anything else that has to fulfil such a wide remit, stand up to everyday abuse, work within the framework of a myriad safety laws and restrictions, be relevant for at least five or six years, and at the same time be an object of desire and status?

I can’t think of anything. The technology, requirements of the market, fashion and regulations change so often and so quickly, I find it incredible that car designers can keep up. Yet we take our vehicles for granted, each and every day. Because, for the most part, they just work. In the best cases, we love the way they look even after the passing of decades. Surely that’s a sign of great, no magnificent, design.

And that’s why I love cars so much. If, like me, you’re intrigued by the intersection of design, science and art. If you want to study the very pinnacle of human ingenuity and craftsmanship, don’t dismiss the humble car. It just might be the greatest thing we’ve invented.