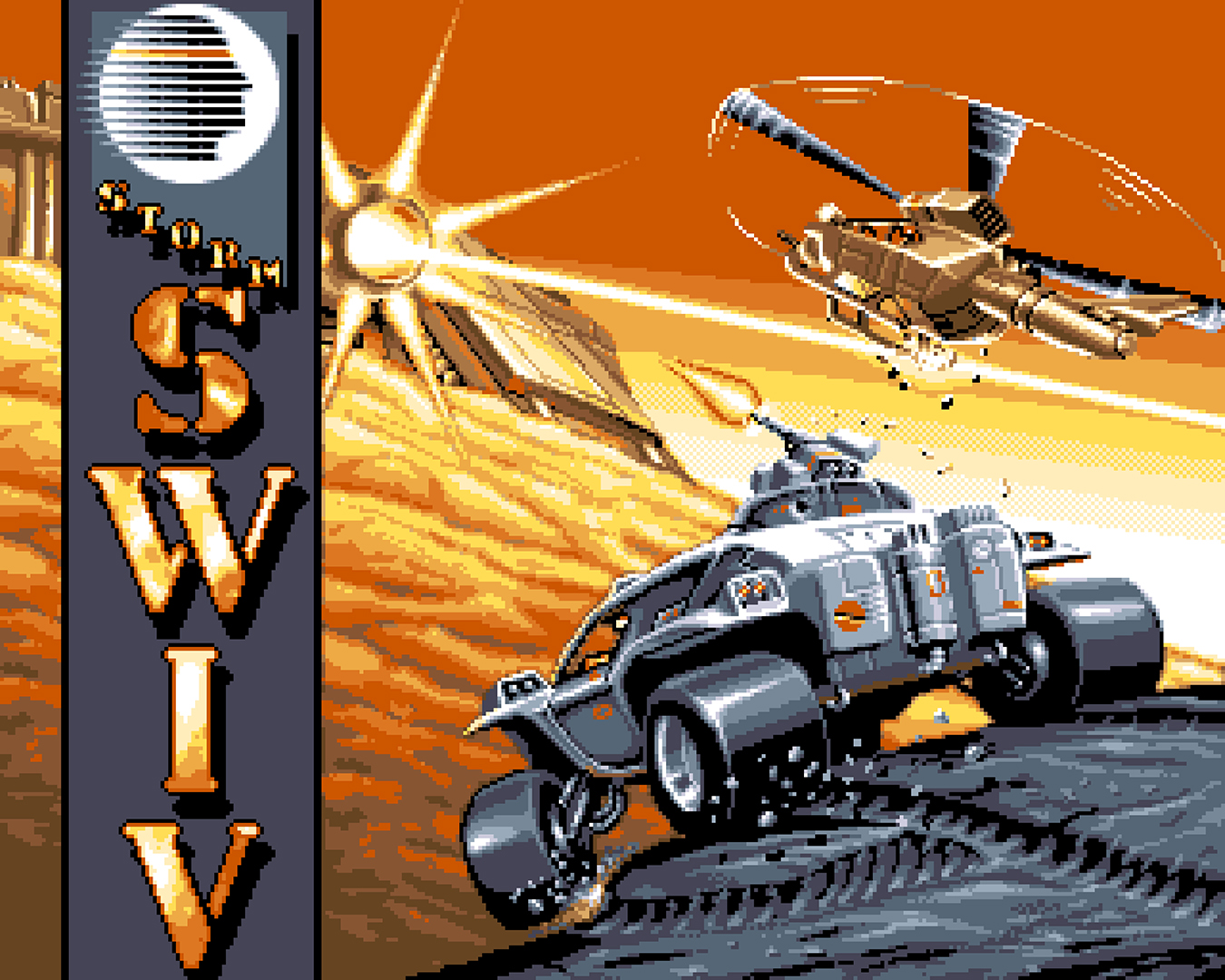 For many developers back in the early years of home gaming, conversions were the bread and butter that kept them in business. In more recent years, conversions from one home or mobile platform to another are par for the course for a budding developer. But in the early days of the industry the arcade conversion was king. The subject of whether a title was “arcade perfect” or not (in play or visually) was something that kept us gamers arguing the merits of one conversion over another for many hours. Too many hours. Look, I was a teenager and girls scared me at the time, okay?

Anyway. One such arcade conversion was Tecmo’s Silkworm, a side-scrolling arcade shooter that saw the player in the role of an armoured helicopter or jeep. The real aces up its sleeves were the fact that two gamers could play co-operatively (after a brief yet energetic fight over who got lumped with the jeep, naturally), and that each vehicle had very specific pros and cons.

The Sales Curve had worked on the home conversions of Silkworm, and in 1991 they released what is widely recognised as an unofficial – and quite cheeky – sequel in the form of SWIV (which, apparently, stood for Special Weapons Interdiction Vehicle). Changing from a side-scrolling to an overhead, vertical-scrolling view, SWIV refined, improved and repackaged Tecmo’s original concept – garnering The Sales Curve critical acclaim and a genuine hit, especially on the Amiga (in fact, the sequel arrived just a year later, this time on the SNES and Megadrive).

In the new vertical-scrolling format, the pros and cons of each vehicle were now even more pronounced. Yes, the jeep was safe from airborne enemy fire, but having obstructions and obstacles to navigate gave you less room to dodge and weave. Meanwhile, the helicopter had far more freedom and agility but had to deal with both airborne and ground-based enemy fire. Still, you’d have to be mad to willingly pick the jeep.

A wide range of power-ups were available for both vehicles, including the usual 90s standards (missiles, shields, wide angle shots blah, blah, blah). The truly naughty thing was that these were obtained from an enemy that looked worryingly familiar to Silkworm aficionados. You may remember the ‘Goose’ enemy from Silkworm that was formed from a number of smaller enemies? Well SWIV used exactly the same concept. A number of small craft zoomed onto the screen from all sides before converging to form a giant attack ship. WHICH WAS ENTIRELY ORIGINAL AND NOT PILFERED AT ALL, YOUR HONOUR.

Whilst aspects of SWIV may have been derivative, the main boss battles certainly deserve a special mention. These enormous beasts, usually some crazy diesel-punk, steroid-enhanced tank or other such military vehicle, were real tough cookies. Filling the screen with missiles, bullets, laser beams and numerous smaller allies, they took nerves of steel, excellent reflexes and a little bit of luck to take down without losing a life (or three, or five if your partner was terrible). Not only were they technically impressive, but this fiendish difficulty meant there was always a real sense of accomplishment when you defeated them. I only wish that more modern games could strike such a good balance between offering a challenge and not frustrating the player to the point of boredom.

You may be wondering why I like this game so much. After all, with its overtly militaristic theme and obviously *ahem* borrowed concept, it’s certainly not a strikingly original title. Well, while it’s true that SWIV is no breath of fresh air, the execution was so good I can pretty much forgive it anything. Chocolate cake isn’t new and exciting, but by heck that’s not going to stop be tucking into a good one.

While providing a challenge, especially during the aforementioned epic boss battles, SWIV was never unfairly difficult, the learning curve being pitched just right. The visuals and sound were beautifully executed, complementing the tone of the game perfectly and moving at a fluid and surprisingly speedy rate. Even when the screen was flooded with sprites there was no evidence of slowdown (something many a more modern shooter can still suffer from).

In short, S.W.I.V. is a perfect example of an accomplished early nineties shoot ’em up from a western developer. Yes, the style may have dated and it doesn’t have the sheer madness or joie de vivre of many Japanese titles, but when it plays this well do you really care?

I know I don’t. I love it’s utter lack of shame at completely lifting someone else’s idea and repurposing it. I love the fact that it still plays so well and genuinely gives a number of critically acclaimed Japanese 2D shooters a run for their money. I love that fact that some poor idiot always got stuck with the tank and then grumbled incessantly for the rest of the game. I love the level-design, the technical execution and the silly, OTT über-90s visuals. Basically, I love SWIV.